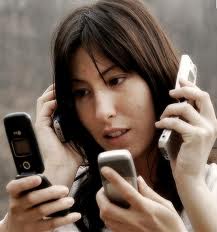 Zed Digital released recently a fourth wave of the study  “Mobiles and Advertising: perception, use and tendencies” (Móviles y Publicidad: percepción, usos y tendencias), which interviewed 16.000 consumers between 14 and 44 years – the largest sample in Spain so far in this type of studies.

However, the market is still expanding. Most popular operators are Movistar (35,85%), Vodafone (29,70%) and Orange (20,65%), however they are all losing market share for the smaller operators. Main reasons for the change are costs, customer service and different model that is offered if you change your operator.

Almost 50% has a wi-fi with an increase of a 95% compared with the third wave, which shows the rapidity that the terminals adopt new services in the mobiles and smartphones. Yet even if the internet access via mobile has increased, in the next years we will see how it will still see a growth because consumers are yet behind all the technical possibilities their phones offer. This shows in the fact that even if 84% of the users have internet access, only 54% uses it. Same thing happens with packages and use of email, instant messaging and GPS. It shows the clear potential Internet Mobile has in the near future, since users own already devices that are technologically advanced and they only need to learn how to use all the features.

Use of social networks via mobile has increased between 16-44 years old individuals by 275% in 2010.

The study also analyzes the profile of the users that access social networks via mobile: Young urban who enters social networks to take advantage of the time in the metro or bus to principally send messages (80%) and gossip in 48% of the cases. The most popular network in the device is Facebook with 89% of the users.

19.8% of the users spend more than an hour and 29% between an hour and half an hour  in Social Networks. Main perceived advantages users saw were taking advantage of time in bus or metro, being connected to the Social Networks even if they were not at work or at home and being more active user than others because they can connect more time than their friends do.

64% of the respondents counts with instant messenger, mostly Windows Live Messenger with 79% penetration among the users, compared with 31,24% with Skype.

What comes to the use of email and instant messenger, there are two different profiles. Email is mostly used by a man between 30-40 years and Hotmail stays the most used service with 68% of the users, followed by Gmail with 55%. In the contrary, the instant messager is equally popular between two sexes, but is used by younger users (18-24-year-olds).

Concerning the apps, already 24% of the users download them habitually. The principle downloads are games and entertainment followed by social networks and instant messenger. These apps are the ones they keep in their phone and use mostly daily.

According to the study, respondents perceive mobile marketing as a meeting point between consumer and the brand and think it offers the brand modernity, innovation, differentiation and leadership.

The most attractive advertising formats are audio MMS and the sponsored videos, advergaming and sponsored apps – formats that offer consumer additional advantage for user.

On the other hand, the geolocalization services have huge potential, because 73% of the interviewed said they would be interested of receiving advertising messages related to the place where they are.

Only 3 years ago half of the intelligent mobiles in Spain were used in professional environment, however, with the more attractive smartphone prices and offers from the operators, the balance has tipped in a favour of consumer market and personal use. The use of social networks, music and games are the keys in the new era where mobile marketing in Spain is no more an option, but a necessity – and it is even welcome according to the users! From a web design and usability point of view, it is now important to consider if your website is mobile friendly and is it easy to use in small scale.

Of course, it is not about concentrating only on mobile marketing, but integrating it slowly yet steadily into your other marketing and communication strategies. Taking advantage of the trend now when the interactive mobile advertising is not yet saturated and is perceived positive can give your brand a strong position in the future.