Global Marketing Trends: Population Is Aging, So Should Your Brand. 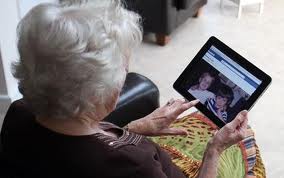 We all want our brand to be attractive, exciting, trendy, sexy and … young. Our society adores youth, we want the young generation to buzz about us, brands and campaigns winning awards are aimed to youth. Facing declining sales, we cannot help hearing that we must rejuvenate, rejuvenate, rejuvenate…

However, many times there is a big conflict between the people we want to buy our brand and the people who actually buy it. Too many times the marketing and communication target is 20-30 years younger than the loyal consumers forming the grand majority of the database.

Some brands tackle this by going through a long process of changing their brand image. More or less successfully. Ford experienced this problem in Spain with its upcoming launch of the new, young, trendy Ford Fiesta. In Spain this particular car model was perceived as a car for 40-50-year-old women, but few years before the launch, Ford Spain started creating a community especially for youth www.maskedummies.com. The booming trendy community changed slowly the image of Ford Fiesta and made the marketing message more believable in 2008. Another example of successful change of brand image is of course Old Spice.

But is it really so bad to be a brand for “old” people? What if the sales are declining, not because our brand is getting older and new generation does not buy it, but because we are ignoring the older generation who does? 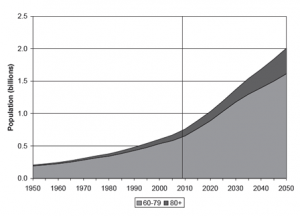 With the declining fertility and improved health and longevity, the population aging has become the biggest demographic trend globally. In 2009 the global population of +60-year-old people reached 680 million, 11% of the world’s population. It has also been predicted that by 2030, the amount will increase to 20% in 55 countries.

While number of youth decreases across the planet and the number of older people increases, does it not make more sense to take advantage of the “older” brand image instead of investing resources and money to desperately rejuvenate the image? Older people are more loyal to the brand than the new multitasking and impatient generation. Besides – they have also more money and time to spend.

Yes, but young people make more noise in the Internet you might say. Not true.

But how to reach the increasing older generation?

Older generation wants to remain cool, but also see people and situations they can relate to – people little younger they are, well aging and sophisticated, such as Meryl Streep and George Clooney. What comes to the situations, if you know that 90% of the people in your cruise are +55, do not show images of young people and babies in your advertising – it pushes older generation away. Instead, show older generation having fun, flirting, enjoying life in a cool environment.

#2 Aim advertising for the right target

In advertising we are so youth focused, that we often forget that the hopes and dreams are different in each age group. They change as people get older, handling more relationships, family experiences, health, happy memories and personal fulfilment. If you are too young to know what your target group dreams about, ask them. They are happy to share their opinion.

#3 Listen and influence in consumer forums

Age makes us more wise and careful. Older people do a lot of investigation before spending their time and money. Older generation compares prices, goes to consumer forums and listens what people have to say in social media.

#4 Focus on emotional bond and quality

Older generation is more interested in quality and value for money than latest fashion. They do not like to be rushed into a decision, but have time to compare different options. However, older people are also more loyal and stay with brands they trust. If you success creating an emotional bond with older users, they do not hesitate to promote your brand to their friends and other users across the social media.

To stay always ahead of the competition targeting older generation, it might be a good idea to remember that in the end young people are early adopters of the new technologies and communication channels and “old” people are slow to follow. It means that you can observe youth-focused brands while they try to exploit new trends and conquer new channels by trial and error, and once they become “hot” in your target age group you are well prepared to be “trendy”.