Social Networks: Next Bubble to Burst? 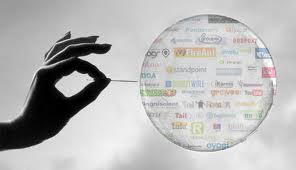 But these three are not the only social networks that have reached astronomical values. There are more members in the billionaires’ social club such as Zynga and the most recent Groupon.

What all these companies have in common is their youth. All these platforms are less than 10 years old, which demonstrates how incredibly fast they have grown and obtained their high stock value. While many investors have got rich betting on them, it might well be that the next bubble to burst is social networks. Why?

The social media companies have surely known how to build an empire formed by hundreds of thousands of users all over the world. Only Facebook has more than 500 million users, Twitter is close to 200 millions of users and LinkedIn has already more than 80 million valuable business contacts. Zynga on the other hand receives daily millions of online players and Groupon has a database of more than 35 million users happy to receive offers of the day to their inboxes.

However, in spite of these unusual figures, the majority of the social media companies are still investigating how to receive economical benefits of their large user base and with different results. LinkedIn gets benefits from its own users who agree to pay the premium access with bigger functionalities than basic account, while Groupon gets a commission for each client who buys. But Facebook, Twitter, Zynga and most of the other social networks trust in their advertising income.

But is targeted advertising in social networks that effective? According to Jeffrey I. Cole, the director of the Center for the Digital Future at USC’s Annenberg School for Communication & Journalism, “users express strong negative views about online advertising, but they still prefer seeing ads as an alternative to paying for content. Consumers really want free content without advertising, but ultimately they understand that content has to be paid for — one way or another.”

So it is not wanted, yet tolerated. There are also various apps for users to remove advertising completely from the social media platforms. Yet effective or not, it seems like at least Twitter and Facebook do not have a choice. According to the 2010 USC Annenberg Digital Future Study on Twitter, a whopping 0% of the interviewed users said they would be ready to pay for the platform. And it is not difficult to imagine that a similar percentage would be ready to pay for Facebook (and their current slogan on sign up page is effectively “Sign up. It’s free and always will be!”).

Question is: will companies keep investing on the social network ad space in the future, if these advertisements are blocked or ineffective?

How to measure social media? Unlike in any other business area: no one really knows. People say they do, but to be honest…if you want a straight answer what your ROI on social media campaign or Facebook group is or will be, you are likely to get a following conversation:

“There are so many different ways and tools to measure social media, it really depends what your goals are.”

“Yes but how many leads and sales this campaign is going to create?”

“Human interaction is so difficult to estimate… Right now I can’t tell you the exact figure you will have, but  in the end of the campaign we can tell how many more people “liked” your brand or talked about you”

“Yes, but will I know how many of these people actually bought my product?”

Do not get me wrong, social media is a very effective communication and customer service tool yet very, very difficult to measure. Without a clear idea of ROI, it will be harder to convince investors or companies to stay if they lose confidence on the platform and want to abandon the sinking ship.

Previously mentioned social networks are the biggest ones with the largest number of users, yet creation of different types of social networks has boomed all over the globe, waking up interest of investors of all sizes. They are investing on a new virtual business model, living in some way the dot com company fever, in which the big investments that promised fantastic ROI turned into nothing when the bubble exploded.

This kind of risks could happen in social networks, because there are already examples how big virtual companies can fall quickly when new concepts and improved versions of the same model arrive.

Examples of this are the AOL and MySpace, companies who were in their time the little favourites of the Wall Street and “going to conquer the virtual world”. Now their current economical value is just a fraction of the value they had in their moments of glory. The brand lost its value, then the confidence of the investors then the market to new comers such as Facebook. MySpace France office close down already few years ago and now even German office is shutting down, even if the platform is trying to re-launch itself with a new image.

At present, almost every marketer “likes” Facebook, however there was a time when also Second Life was supposed to become “a must” and brands invested great amount of money to get on board. Where is it now? I am not saying brands should not use Facebook and Twitter or other social networks, in the contrary they definitely should. It is just a word of warning to potential investors to not to get too excited on new virtual business models without certain amount of caution. Many social media companies can for sure be easily substituted by new concepts or new technologies in the constantly changing virtual world.

Right now Facebook, Twitter and other social media platforms are powerful tools, but let’s give the new generation some time and – POP.