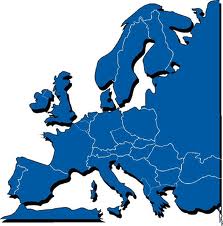 Implementing a communication strategy in Europe can be tough. It is a special mix of different nationalities with their own language, culture, habits and preferences. And different Social Media habits.  Here the attitude “What works in NY works in LA” does not really apply: the message that works for the Nordics does not necessarily work for the French. Tools that are used in UK, are not necessarily popular in Italy.

If you are pushing your message through a Social Media tool the citizens do not use, you are wasting your money and resources. It can be the most innovative, clever campaign ever created, but if there is no one who sees it…failed. Big time.

Here is a small snapshot on the European Social Media habits based on the statistics from the Universal McCann study wave 3:

However, writing blogs as an activity in Europe is not as popular as reading blogs. The highest percentage of users writing blogs is in Spain(41,4%), Turkey(39,2%) and Italy(33,3%). It has not been well adapted in Hungary(7,8%), Czech Republic(18,2%) and Romania(23,2%). Biggest growth is happening in Germany with a jump from 7,5% to 27,8%. In France the situation has stabilized, but in Russia, Spain, UK and Italy percentage is still increasing.

The highest percentage of active users participating on Social Networks is in Hungary(79,9%), Poland(76,8%) and Russia(71,7%). Countries that have the lowest adoption rates are France(33,1%), Czech Republic(35,5%) and Italy(38,6%). The biggest growth percentage is in Russia, Germany, Italy, UK and France.