Are Smartphones Getting Too Smart? How to (Re)seduce the Users 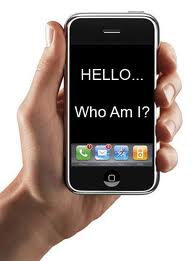 After the massive iPhone launch, new Smartphones are popping up everywhere. The competitors are catching up and smartphones’ speed, capacity, features and applications are highly increasing in the new versions. The manufacturers and application developers invest a lot of money and research to assure their products are intuitive and easy to use. However, are smartphones getting too smart for end-users?

According to the 2010 Digital Influence Index by Fleishman-Hillard and Harris Interactive, mobile users are not keeping up with the rapidly growing technology of the devices. We are not talking only about the USA here, the Index includes 48% of the global online population, such as France, Germany, the United Kingdom, Canada, China, Japan and the USA. People love smartphones and the market is booming yet the users do not realize the real potential their phone has. Even if Mobile Internet use is increasing, there is a considerable difference between the capabilities the smartphone offers and the quantity of people who actually leverage them.

Other study by Compete declares that there is a general misunderstanding of 4G (fourth generation) mobile technology in the USA. Currently, only the Sprint HTC EVO offers 4G in the country, yet 59% of US smartphone owners believe 4G is already available on a variety of phones and 16% think their carrier offers 4G. Interesting fact is that 69% of US smartphone users know that 4G allows for faster data downloads than 3G.

With the increasing competition in the smartphone market, what could really seduce the end-users? Are the applications too complicated, are the users “badly educated” or are we simply concentrating in wrong product attributes? Watching closely these two studies, it seems like the data service speeds plays a small part in purchase decisions. If users strongly believe the 4G is available, but they have not made an effort to have it, the priority must be somewhere else. We want things now and we want them fast yet even if data service speed is very important, in marketing and communication we should focus on another product attribute. But which one?

The different applications smartphone offers have a great potential and can result very powerful. But it seems like they are not as simple and intuitive as manufacturers believe. Or maybe they are not well explained. Yet if they need to be explained, they are not simple enough. In this society what we do not have is time (or patience) to read and go through in detail our smartphone manual. The user wants to click the application and see immediately what it is, what it is for, how to use it and how it can make his life a lot easier. But how to stand out when there are so many applications available and they are so easy to copy?

Best thing to do is to go back to the basics and check what people complain about. Very discussed complaint with the first iPhone in Europe was text messaging. In the US there is no limitation with the text messages and your service provider charges you the same whether you write 50 letters or 300 letters. In Europe the situation is not the same: the limit for one text message is 160 letters with spaces, which Nokia for example shows as 160/1. If you write 161 letters, you pay for two messages instead of one (161/2). The first iPhone did not show this detail and people had to write very short messages being afraid they will pass the one message limit. Maybe this kind of details cannot be used in advertising, but it can be addressed online and in sales speech.

Secondly, check what people are asking online during their research stage. What are the most popular key words? (example key words: Smartphone with “what”, iPhone with “what”) What people ask in message boards, blogs, microblogs, communities, social networks? (Which smartphone has “what”? Does iPhone have “what”?). What are your existing customers asking? Do some research.

Third thing to do is: ask. Do as Dell did after “Dell Hell”: create a platform where you can get users suggestions on how to improve your smartphone (or all smartphones). Then pick the most common/best opinions and do it.

Do not only listen to the “tech savvy” bloggers and users: smartphones are becoming mainstream. Forget the pixels and seduce the public by offering them what they really want.