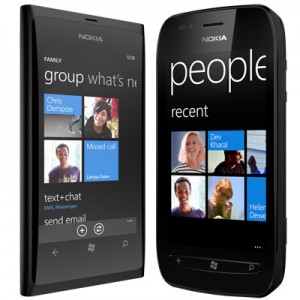 Social Media, Social Networks, Social Commerce … there is no escaping social these days especially after the launch of Google+. We communicate with the consumers via wall posts and tweets, build our business network in LinkedIn instead of meeting face-to-face and handle customer service via Twitter. But maybe we are right to become so obsessed with Social Media.

According to an European comScore MobiLens study, the mobile social networking has increased  44% in France, Germany, Italy, Spain and the UK during 2011. What is even more interesting is that more than 40% of the European Mobile Social Networking users are engaging with brands.

Snapshot of the 2011 European mobile market

“Over the past year we have seen social networking use grow rapidly among mobile users across Europe, driven largely by the growth in smartphone adoption, making it easier than ever for users to stay connected and engage in social activities while on-the-go,” stated Jeremy Copp, comScore Europe vice president for Mobile. “More notably, the rate of growth in daily social networking usage has surpassed even the rate of growth in total social networking adoption among mobile users, suggesting that the behavior is becoming even more ingrained into people’s daily mobile lives. As social networks continue to invest in improving the user experience on mobile devices and tablets, it will be interesting to see how social behaviours on the mobile platform further evolve.”

Interestingly, while most of the European mobile users accessed social networking sites via browser (31.3 million), the usage of social network mobile apps doubled to 24.2 million.

Finally good news for marketers: 44% of the mobile social networking users admitted reading posts from brands and about 27% reported receiving offers, coupons or deals on their mobiles.

In 2011 Facebook increased its European mobile audience 54% up to 39 million. This represents 71% of the EU5 mobile social networking audience positioning Facebook as a clear leader. However, even if the social network gathered the most users, it did not experience as big growth as its competitors: Twitter grew its mobile audience 115% up to 8.6 million, 2.2 million unique users accessed LinkedIn increasing network’s mobile users by 134% and the Spanish social network Tuenti grew by 60% gathering 2.3 million unique users.

The results highlight the importance of Social Media in European brand communication strategy. With localized mobile site and social network pages brands can increase user engagement and user referrals, and the little snapshot of the social media activities can provide some insight to the best tactics in each country. While building a game app seems to work in the UK and Spain, a mobile game might not be very successful in France.

Reaching European audience is tricky because of the different languages, cultures and customs, but for brand to engage with the European audience, social media seems like a good starting point.