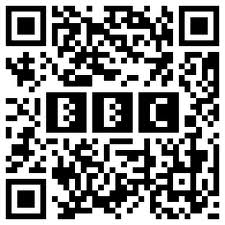 The QR codes have been highly popular among users as well as marketers in Japan for past few years, where almost all mobile devices are sold with a QR code reader software. Now QR code usage is growing exponentially worldwide: according to ComScore in June 2011, 14 million mobile users in the U.S., representing 6.2% of the total mobile audience, scanned a QR code on their mobile device. What comes to Europe, in EU5 region (France, Germany, Italy, Spain and UK) 4.6% of mobile users and 9.8% of the smartphone owners scanned a QR code during the same time period.

It seems like QR code is an exciting, effective new marketing tool … or is it?

What is a QR code?

Developed in Japan, a QR “Quick Response” code is a specific two-dimensional code that is readable by Smartphones. The numeric codes are a great way to enhance marketing and content, however QR codes require that users have a QR code reader installed in their Smartphone and they link to a mobile website.

QR code can be read by scanning the code with a Smartphone, which allows the user to access the encrypted content. Users will be then directed to the mobile site in the internet, where they are able to discover additional information or buy the product online.

How to use QR codes in marketing?

There are many ways to use QR codes in your communication campaigns to enhance the user experience and connect with the users:

What comes to the QR usage demographics, according to ComScore study, 60.5% of the users who scanned a QR code in the U.S in June 2011 were male and 53.4% were between 18-34. The usage of QR codes sounds even more interesting when you take in account the income: more than 1 out of every 3 QR user in the US has a household income of at least 100,000$.

How and where mobile users interact with QR codes?

But where do mobile users scan QR codes? According to ComScore, in the US 58% of the mobile users who scanned a QR code did so at home, 39.4% scanned the code in retail store, and 24.5% in grocery store. Almost 20% of the users scanned the QR code at work, 12.6% outside or in public transport, and 7.6% did so in restaurant.

Exciting for marketers, confusing for users

While the marketing usage of QR codes is increasing globally, the users still need to learn how to use them. According to a new research by Archrival, QR code is an ineffective marketing tool when targeting young people and it lacks attractiveness. When Archrival interviewed more than 500 university students in the US, they found that these have very little interest in QR codes. Mostly QR codes are ignored, even if 81% of the students has a Smartphone and 80% has seen a QR code in some occasion.

Why the lack of interest? According to the study, only 21% of the students had managed to scan a QR code. There were difficulties because some students believed that they only needed a camera to scan the code and were not aware that they would need to upload an app. Many of them got bored during the process because it took a long time and others directly did not want to download a scanning app.

These are important obstacles marketers need to take in account while using QR codes in a strategy directed for young consumers. Let’s remember that what comes to the trends especially in technology, the trends do not spread from old to young consumers, but it is the youth who start the trends that then spread to mainstream.

Even if the QR codes have a lot of potential, the fact people do not know they need to use specific applications to read the codes or how to get the apps to view the content is without a doubt one of the big challenges marketers are facing. However, if the QR code reader would be automatically integrated in mobiles like in Japan, the mobile users would be more likely to adapt the new tool.

Anyhow, QR codes are a great way to link offline to online and enhance the user experience. It might be worth experimenting with the QR codes now when the audience is smaller so by the time QR codes become mainstream you have the experience and knowhow to beat the competition. That is if the users actually learn how to scan them.