E-commerce: The Future of Online Supermarkets 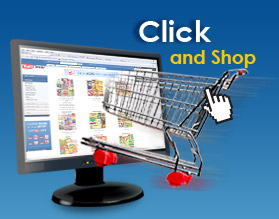 When first online supermarkets were launched … they were a flop. After a long silence, the online food and grocery shopping has started to evolve and increase its popularity during recent years, thanks to ongoing development of e-commerce, Internet and mobiles. However, despite of the potential they have, the online supermarkets still reach only a small niche market.

What could bring the online grocery shopping experience closer to the mainstream?

According to International research company IGD, the amount spent on online food and grocery shopping will reach £7.2 billion by 2014. Currently 64% of UK users have done online shopping yet according to the Office for National Statistics, only 13% have bought groceries. In Spain e-commerce is booming, but only 10.7% of the consumers have purchased groceries online. E-commerce in Italy had an estimated value of 10 billion Euros in 2009, but the online food and grocery shopping accounted only for 1.9% of the total.

In France, with a turnover of 250 million Euros, the online supermarkets represent only a small part of the French e-commerce (25 billion Euros). The amount of cyber buyers (24 million in 2009) is increasing, even though the “cyber-markets” are considered to be too expensive with 13% Internet price premium.

The report Online Shopping 2009 by IGD states that 30% of the online grocery shoppers purchase less often than once a month and 61% visit more than one online supermarket. 49% would like to try alternative store, yet half of users have not done so because they believe it takes too much effort to do . 34% of the surveyed wants to shop only in supermarket and 7% prefers online purchasing for food and groceries.

Convenience is the main motivation for online grocery shoppers to buy online, since it takes less time and physical effort. Overall it is perceived as a more organized shopping experience and means avoiding the queues. 61% of the current and potential online shoppers also stated that having free delivery would definitely increase their motivation to buy groceries online.

The main concern blocking the online grocery shopping is quality. Consumers do not trust companies to deliver them the freshest products and newest sold-by-date if they purchase online.

Tesco supermarkets in South Korea decided to take it a step further to reach number two position in the country. Instead of opening more physical stores, Tesco concentrated on virtual shopping by creating digital supermarkets called Homeplus in metro stations.  The objective was to bring virtual shopping directly into consumers life. The decision was made after market survey revealed that many consumers concentrated on journeys to and from work without having time to do grocery shopping.

The company designed big screens that looked exactly like physical store shelf where users could use their Smartphones to scan the QR codes and put the products in their shopping cart. When the shopping was done, the groceries were delivered to user’s home once he returned from work.

Online shopping between November 2010 and January 2011 increased 130%, while the number of clients increased 76%. Homeplus itself became the number one online grocery store.

There is great potential in online grocery shopping, since it represents currently only a small percentage of e-commerce and there is a lot of space for growth. Consumers are already using different channels and technologies to shop online and this can be extended to online supermarkets. By offering consumers a possibility to use mobile technology, they are able to purchase on the go, and by bringing online grocery shopping into the physical world, like Tesco did in South-Korea, companies can increase awareness and offer consumers a digital in-store experience.

The future of online grocery shopping looks bright if users are given an online shopping experience that brings them the most perceived value. By offering online shoppers different purchase channels, consistent quality, free delivery and greater choice of products, companies can turn online supermarkets from a niche into mainstream.