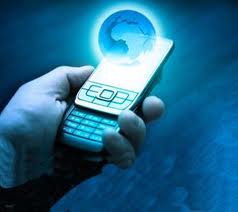 Samsung is launching today 3D interactive iPad ad for the Galaxy SII Smartphone in the UK. The campaign, created by Cooliris and devised by Starcom Mediavest, will be displayed on iPad’s TV Guide app and users are able to interact and manipulate an image of the SII through their touch screens. The ad employs 3D technology using for example parallax and motion effects and more traditional uses of light and shade.

What comes to 3D mobile devices, last year Sharp was making a lot of buzz with its glass-free 3D tablet prototype in IFA 2010. This summer Sprint will be introducing the HTC EVO 3D handset, which has dual cameras for users to capture 3D photos and videos. Meanwhile, LG Electronics and YouTube have formed a strategic partnership to bring a 3D mobile experience to users. LG’s upcoming Android-powered Optimus 3D Smartphone allows users to capture and view 3D videos without special glasses. The twist is that the users can also upload and share these 3D videos instantly via YouTube.

We all love 3D movies – could 3D mobile and tablet marketing be the next “Avatar”?

But how popular 3D actually is? According to a research by Display Search, 3D TV units accounted for 9% of global TV sales. According to IHS iSuppli research, due to declining prices and increasing content availability, worldwide shipments of 3-D TVs will increase by 463% in 2011, reaching 23.4 million units. 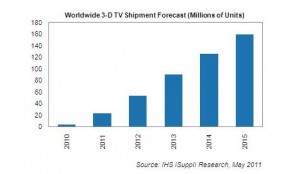 In China, 3D TVs accounts for 10% of all LCD sets purchased, and China Electronic Chamber of Commerce estimates the figure to reach 5 million units by end of 2011. What comes to Europe, a new study from Futursource Consulting claims that by 2015 almost 40% of the Western European households (approx. 65 million) will have a 3D TV.

However, other studies are not so positive and the sales have been disappointing ever since 3D TV was launched. While 3D TV is seen as a very cool thing to have, the majority of the consumers prefer staying with the 2D format. Main obstacles for adoption are cost, required glasses and the fact there are not enough 3D content available.

“One of the advantages of creating 3D campaigns around the handset is that glasses are not required. Because of the targeted nature of mobile, you could detect what kind of handset a customer has and send them 3D advertising.”

While the actual customer base for 3D mobile is quite small at this moment, there is a lot of potential in 3D mobile and tablet marketing. First of all any content in 3D still stands out and the cost of the 3D mobile handset is very low compared to the 3D TV set. Another advantage compared to the 3D TV sets is that with the mobile devices special glasses are not needed, because of the new autostereoscopic technologies.

Brands are already playing with Augmented Reality, but it still remains bit of a mystery for the mainstream consumers. 3D however is already familiar for users due to 3D movies, Nintendo 3DS and 3D TV set advertising. Not having to educate the users makes consumer adaptation much faster and if the consumer is interested in 3D content … the advertisers will follow.

But 3D mobile offers more opportunities for marketers than only creating interactive ads. The possibilities range from sponsored games to viral marketing, game and movie trailers and competitions. Games are one of the largest app categories and sponsored 3D game is likely to create buzz in social networks as well as press. Also, giving the possibility for users not only to view, but also take and share 3D photos and videos can increase user participation and engagement. Even creating a mobile/tablet 3D community is possible.

How fast the 3D mobile market develops and how fast it becomes mainstream depend on the availability of content, quantity and price of the 3D mobile devices and quality of the content itself.

The challenge with Smartphones and tablets is that different handsets use different technologies, meaning that just like with apps, content developers need to choose which handset they are creating the content for. This is why the mobile companies need to have a head start in this new technology and leave competitors behind. Once you have the biggest selling 3D mobile device, the statistics play on your benefit and game and content developers will choose your brand.

It will be very interesting to see how game developers, companies and advertisers will respond to 3D mobile devices. In a way it is a two way street. For 3D games, content and devices to be successful, consumers need to adopt 3D mobile technology. But for consumers to adopt it, they need available 3D content, entertainment and quality devices to get motivated.

Maybe I am biased, but Angry Birds in 3D would definitely tempt me to buy one.