Word of Mouth bigger than advertising in China and the US 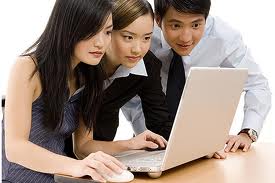 A recent study surveying consumers buying behavior in China and the US revealed that word of mouth influences the final purchase decision more than advertisements. 48% of Chinese respondents declared worth of mouth to be their most important source of brand information compared with 43% of Americans, while only 39% in China and 45% in the US stated advertising via traditional or digital media to be their primary source. However, what comes to the final stage of the purchase process, among the 1800 adults in China and America who participated in the study conducted by Jack Morton Worldwide, only 32% in the US and 21% in China found it to be influential in the final stages.

In China, 52% of respondents felt that observing other people using a product influenced them the most yet in final purchase decision the importance raised up to 64%, compared with 30% in the US. Online research had higher impact for the Americans with 49% and promotion and sponsorship gathered 42% and the product reviews by experts resulted relevant as well.

Why the word of mouth plays such a big role in purchase decisions in China and the US? According to the study, the constant stream of new offerings available in China causes noticeable uncertainty among many Chinese consumers. Diversity, freedom of choice and the fact Chinese brands are competing now at the same level as foreign brands confuse people. Seeing people using a product that works and hearing positive opinions of the product reduces this uncertainty. These results added to the Trendstream study I referred to earlier, about consumers in the Asia Pacific region trusting and engaging with brands that communicate with them through social media, highlight considerably the importance of an engaging Social Media strategy in China.

In the US, the situation is quite similar what comes to the brand diversity and wide range of products. Especially before buying an expensive, relevant product, such as computer or car, consumers prefer listening other people’s opinions before making the purchase decision, and it includes their friends, experts, bloggers, and consumer opinion forums. Jack Morton Worldwide’s study recommends that the brand owners create “moments of dialogue” with their target audience to ensure that there is a long-term growth in the brand loyalty. These consumers could become their brand advocates. Indeed, instead of a one-way communication to the mass, more personal and two-way approach is preferable and more effective in the US market.